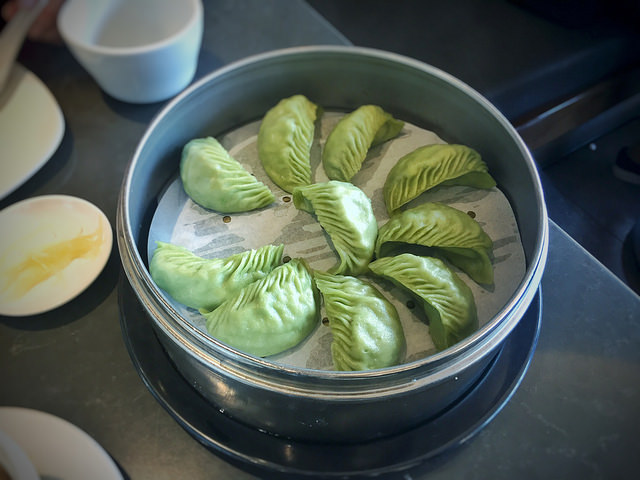 The owners of Laoban Dumplings first discovered dumplings in China, where they taught English after graduating from college. Dumpling eateries were practically on every corner, so the American transplants frequented these shops for dinner and drinks on a regular basis. Two months ago, they decided to introduce residents of Foggy Bottom to the Chinese bites and opened Laoban Dumplings.

They only offer two types of dumplings at a time, but the kitchen team intends to constantly update the menu with new and inventive creations. You also have a choice of two house-made sauces, so it's easy to mix things up. Try the Thai chicken dumplings, which are stuffed with hormone-free chicken, coconut milk, lime zest, Thai basil, and lemongrass. Or opt for the Livin' on the Vedge dumplings, filled with bok choy, shiitake mushrooms, scallions, and Chinese chili crisp. Then add the So So Sesame sauce with black rice vinegar and soy or the Fiery Godmother with a mix of spicy and savory ingredients. Dumplings come in sets of six or eight, so order according to your appetite.